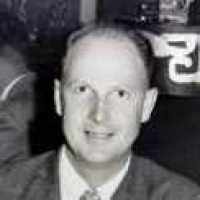 The Life Summary of Irving Evans

Put your face in a costume from Irving Evans's homelands.

I love hearing stories about Grandpa singing his testimony at church. He would get up at the pulpit and delight the congregation on Fast Sundays. “🎶Self Control, Self Control! This is the message I b …