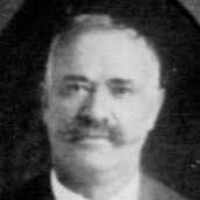 The Life Summary of Nelson Calvert

Put your face in a costume from Nelson Calvert's homelands.

LIFE SKETCH OF SEYMOUR BERTIE ALLRED (1881-1960) Son of Medwin Newton Allred Born July 5, 1881, at Garden City Utah, within a stone’s throw of the waters of the beautiful Bear Lake which lies clear a …