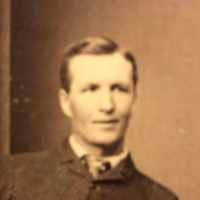 The Life Summary of Brigham Meikle

Put your face in a costume from Brigham Meikle's homelands.

English: habitational name from any of various minor places called Blackhurst (in Cheshire, Shropshire, Kent) or Blackhurst Farm (Cheshire), derived from Old English blæc ‘black, dark’ + hyrst ‘wooded hill’. Alternatively, it may be a topographic name for someone who lived ‘(by the) black wooded hill’, with the same etymology.