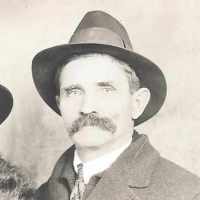 English: probably a variant of Acey .History: A certain Joseph Asay is recorded in Salem County, NJ, in 1755.

Eleazer Asay was born 6 Oct 1855 in Trenton, New Jersey, one of eleven children of Joseph and Sarah Ann Pedrick Asay. He had a twin brother, Aaron. When his parents joined the LDS Church, they were …