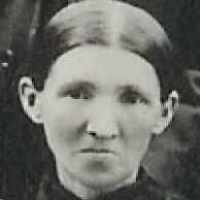 The Life Summary of Ann Parry

When Ann Parry Jones was born on 7 August 1848, in Birkenhead St Mary, Cheshire, England, United Kingdom, her father, Joseph Price Jones, was 32 and her mother, Jane Hughes Parry, was 24. She married Henry Hulme Haslam on 20 January 1865, in Salt Lake City, Salt Lake, Utah, United States. They were the parents of at least 6 sons and 4 daughters. She lived in Llanasa, Flintshire, Wales, United Kingdom in 1851. She died on 2 June 1929, in Fairview, Franklin, Idaho, United States, at the age of 80, and was buried in Wellsville Cemetery, Wellsville, Cache, Utah, United States.

Put your face in a costume from Ann Parry's homelands.