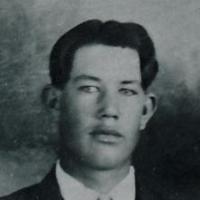 The Life Summary of Joseph Ellis

Put your face in a costume from Joseph Ellis's homelands.

In the summer of 1900 the L.D.S. Church procured a franchise from the state of Wyoming to build a canal and settle the Big Horn Basin. A call was made throughout the church for volunteers to go to th …