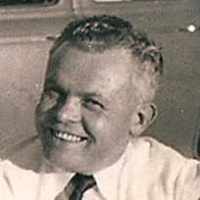 The Life Summary of Mark Joseph

Put your face in a costume from Mark Joseph's homelands.

Mark attended elementary and high school in Spanish Fork. In June 1935, he was graduated from Brigham Young University. During his youth he was outstanding in Scout activities having represented Utah …