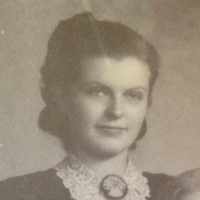 The Life Summary of June

Put your face in a costume from June's homelands.

A few interesting facts about my mother

She was a war refugee and was on the last civilian train out of France before Hitler invaded in World War II. At the time she was serving a mission in France for the Church of Jesus Christ of Latter-d …