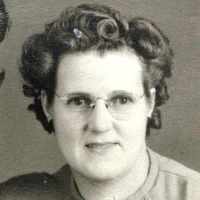 The Life of Vera Margarette

Put your face in a costume from Vera Margarette's homelands.

Nickname "gaga" by her great grand children. Loved everyone. Had a tough life and took every challenge with a positive attid