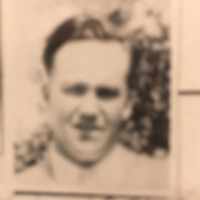 The Life of Leland Oscar

Put your face in a costume from Leland Oscar's homelands.

Known as the National Bureau of Criminal Identification, The Bureau of Investigation helped agencies across the country identify different criminals. President Roosevelt instructed that there be an autonomous investigative service that would report only to the Attorney General.
1909 · Pioneer Park Opens

A monument honoring the Provo pioneers and Indian war veterans was dedicated on July 24, 1909, as Pioneer Park opened to the public.
1931

A fishing trip I will never forget

My dad was the most talented person I have ever known ,Jack of all trades and master of many others. He was very talented and it was because He worked so hard to improve what He did. He worked hard an …