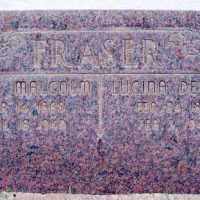 The Life of Lucina Cordelia

Put your face in a costume from Lucina Cordelia's homelands.

This Act tried to prevent the raising of prices by restricting trade. The purpose of the Act was to preserve a competitive marketplace to protect consumers from abuse.
1896 · The Logan Temple Barn

The Logan Temple Barn was built on the edge of the Logan temple property to house the animals belonging to the builders of the temple. It was one of only two stone barns built in Cache Valley. These barns became obsolete during the rise of the automobile era. The building and the land it was on was sold in 1919 and became an automobile repair shop. It was placed on the National Register of Historic Places on December 19, 1985, and is still standing today.
1903 · Department of Commerce and Labor