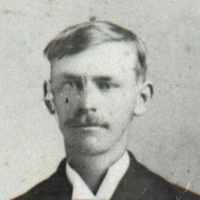 The Life Summary of Charles Delbert

Put your face in a costume from Charles Delbert's homelands.

BIOGRAPHY OF PETER AHLSTROM Written by his daughter Sarah Ahlstrom Nelson Peter Ahlstrom was a native of Sweden. He was born in Malmo, Sweden April 15, 1835. He was the oldest son of Ole Niel …