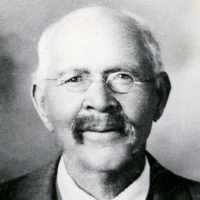 The Life Summary of Thaddeus Theodore

Put your face in a costume from Thaddeus Theodore's homelands.

Sarah Leelyn Hatch along with her parents Thaddeus & Emily Clegg Hatch came to Utah in Captain Hydes company. They made their home in Springville, Utah. Her grandfather William Clegg was a stone ma …