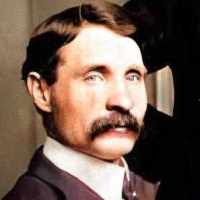 The Life Summary of John Gray

Put your face in a costume from John Gray's homelands.

Scottish: Anglicized form of Gaelic Mac Guaire, a patronymic from a Gaelic personal name meaning ‘proud, noble’.History: This is the name of a small Scottish clan associated in particular with the island of Ulva.