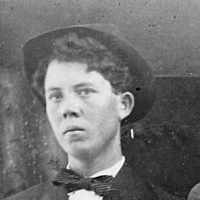 The Life of William Wright

Put your face in a costume from William Wright's homelands.

After three prior attempts to become a state, the United States Congress accepted Utah into the Union on one condition. This condition was that the new state rewrite their constitution to say that all forms of polygamy were banned. The territory agreed, and Utah became a state on January 4, 1896.
1898 · The Ogden Utah Sugar Factory Opens

The Ogden Utah Sugar Factory harvested sugar from beets because sugar cane was hard to grow in northern Utah. During World War, it was hard to get sugar beet seeds, so the company started to harvest the seeds of the beets they were using. The Company merged with a factory in Logan to create the Amalgamated Sugar Company which is still operational today.
1914 · The American Can Company of Utah Building Complex

Probably a respelling of German Kude, a nickname from Sorbian khudy ‘miserable’, ‘poor’.