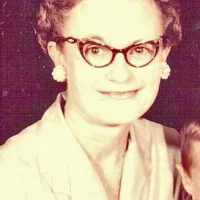 President Warren G. Harding's visited Utah as part of a broader tour of the western United States designed to bring him closer to the people and their conditions. After Speaking at Liberty Park, the president went to the Hotel Utah where he met with President Heber J. Grant and talked to him about the history of the church.
1940

1 French (western): from a pet form of Martin 1.2 English: habitational name from Martineau in France. The name was also taken to England by Huguenot refugees in the 17th century (see below).

She was born 5 November 1918, in Colonia Jaurez, Chihuahua, Mexico, to Theodore and Josephine Thurston Martineau. Due to the civil unrest in Mexico, her family moved to the United States, Provo, Utah, …