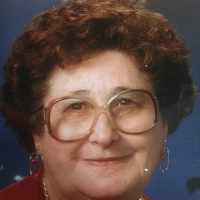 The Life of Thelma Elizabeth

Put your face in a costume from Thelma Elizabeth's homelands.

"After the Arlington Hotel burnt down in 1923, Harman and Louis Peery devised a plan to build a grand theater like the Grand Opera House but with moving pictures. It was constructed after the manner of other famous theaters that were Egyptian-themed. The first feature played there was a silent film titled, ""Wanderer of the Wasteland"" and was accompanied by the famous pipe organ named, ""The Mighty Wurlitzer"". In 1951 the theater was renovated so that more people would be able to enjoy the films shown there. The theater exists today but only as a community theater and performing arts house."
1944 · The G.I Bill

1 English (of Norman origin), French, and North German: from Giselbert, a Norman personal name composed of the Germanic elements gīsil ‘pledge’, ‘hostage’, ‘noble youth’ ( see Giesel ) + berht ‘bright’, ‘famous’. This personal name enjoyed considerable popularity in England during the Middle Ages, partly as a result of the fame of St. Gilbert of Sempringham ( 1085–1189 ), the founder of the only native English monastic order.2 Jewish (Ashkenazic): Americanized form of one or more like-sounding Jewish surnames.