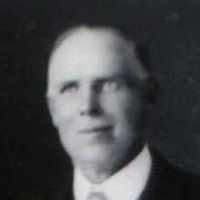 The Life Summary of Richard Daniels

Put your face in a costume from Richard Daniels's homelands.

Excerpt from Autobiography of Richard Daniels Brown Jr. about immigration to the U.S.

. . . I went to work as usual until Wednesday the 27th and I went to a council meeting at Manchester, having previously been appointed clerk of the branch, and while in meeting a telegram came from Pr …