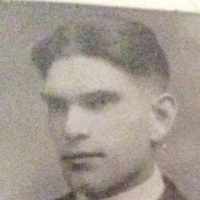 The Life Summary of Charles Chamberlin

Put your face in a costume from Charles Chamberlin's homelands.

English: habitational name from Croichlow in Bury (Lancashire), recorded in the surname de Cruchelowe in 1324 and Croichelay in 1563. The name is perhaps also derived from Crouchley Farm in Lymm (Cheshire), though this name is of uncertain age; or from an unidentified place in southern England whose name has a similar origin (from the British Celtic crouco- ‘hill, barrow’ in an English guise + Old English hlāw, hlǣw ‘hill, barrow’). The original -low has sometimes been replaced with -ley (compare Critchley ).

The Story of Louise Larsen Critchlow Sundwall's first Christmas with her husband Charles Chamberlin Critchlow. Written by Louise Larsen It was December 1930, the early years of the Depression. This …