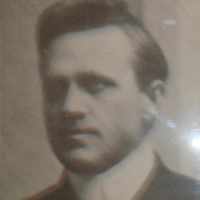 The Life Summary of Peter Lewis

Put your face in a costume from Peter Lewis's homelands.

I have learned that he went on a couple of missions for the LDS church. One of them was to Denmark where he met his wife to be. She was a widow with 3 small girls. They travel to the U.S in the same s …