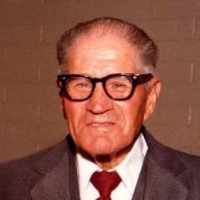 The Life Summary of Ulrich Bernard

Put your face in a costume from Ulrich Bernard's homelands.

Some characteristic forenames: German Kurt, Klaus, Otto, Erwin, Hans, Gerhard, Heinz, Hermann, Fritz, Gernot, Helmut, Horst.German and Jewish (Ashkenazic): occupational name for someone who kept a corner shop or one who farmed a corner of land, or a topographic name for someone who lived on a corner, in all these senses being an agent derivative of Winkel 1 ‘corner’. This surname is also found in France (Alsace and Lorraine), Hungary, Poland, Czechia, and Slovenia, often as a translation into German of corresponding Slavic topographic names or surnames.Americanized or Germanized form of Czech, Hungarian, Slovenian, Slovak, and Croatian Vinkler , itself a Slavicized form of the German surname (see 1 above).