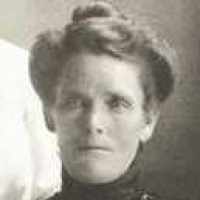 Caused by many crimes and breaking the Tenure of Office Act, Many Senators and House Representatives became angry with President Johnson and began discussions of his Impeachment. After a special session of Congress, the Articles of Impeachment were approved by the House and then the Senate. Making Andrew Johnson the first President to be Impeached.
1885

Six men came to this area from Hooper, utah, to homestead in the early spring of 1885: John, Edward and William Priest, Smith Johnson, and Edwin and Abiah Wadsworth Jr. They each built a log house on their claim before returning to Utah for their families. Leaders of The Church of Jesus Christ of Latter-day Saints (LDS), headquartered in Salt Lake, were informed of this small settlement. In 1886 Apostle John W Taylor of the LDS Church was sent to organize the group into a branch, a part of the Bannock Stake with headquarters in Rexburg, Idaho. The decision was made to name the ward in honor of Apostle Taylor. William Priest became the first bishop. The first church meetings were held in Abiah Wadsworth Jr.’s home. By 1886 a log structure was erected for public use on land donated by John Priest. The first teacher was John Henry Evans, the church recorder. A second multi-purpose structure, a two-room, 30 by 60 foot white frame building was built in the mid 1890s. This building burned during the winter of 1904
1890 · The Sherman Antitrust Act