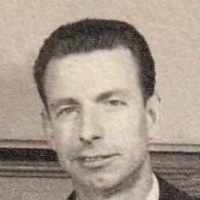 The Life of Clarence Junior

Put your face in a costume from Clarence Junior's homelands.

Charles Lindbergh makes the first solo nonstop transatlantic flight in his plane The Spirit of St. Louis.
1935 · The FBI is Established

English (of Norman origin): habitational name, with fused preposition d(e), for someone from any of the various places in northern France called Angerville, from the Old Norse personal name Ásgeirr (from áss ‘god’ + geirr ‘spear’) + Old French ville ‘settlement’, ‘village’. In England the surname is now found chiefly in the West Midlands.