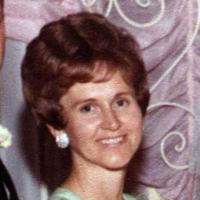 Put your face in a costume from Birdean's homelands.

The Star-Spangled Banner is adopted as the national anthem.
1932 · The Youngest Federal Judge in US History

David R. Daines, a native of Logan, was appointed as a federal judge in 1961 at the age of 23. He became the youngest federal judge in U.S. history. After his time as a judge, he continued practicing law in Logan for more than 60 years.
1947 · The Presidential Succession Act

Birdean Maughan Parry was born in Logan, Utah on April 21, 1929. Her parents are Leland and Francis Maughan. Her dad, Leland was a chef, and during the great depression, she would get up early with he …