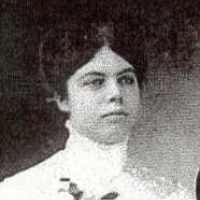 The Life of Myrtle Rebecca

Put your face in a costume from Myrtle Rebecca's homelands.

MYRTLE REBECCA AVERETT (HOLT) By Myrtle Bernice Holt Mitchell My mother, Myrtle Rebecca Averett was born in Springville, Utah, on Friday 18 Dec 1885. She was a daughter of Benjamin Averett and Oliv …