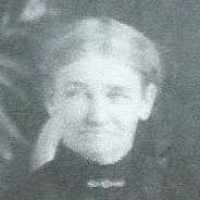 English: metonymic occupational name for a gardener, in particular someone with a herb garden, from Middle English pla(u)nt(e), plont(e) ‘plant, sprig, offshoot’ (Old English plante, Old French plante). It may also be a nickname for a tender or delicate individual, from the same word in a transferred sense. The name has been established in Ireland since the 17th century.Altered form of French Plante . The surname Plant is also found in France, where it is very rare.Jewish (eastern Ashkenazic): unexplained.