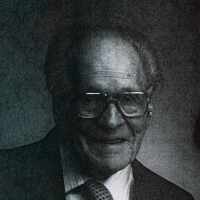 The Life of Frank Orson

Put your face in a costume from Frank Orson's homelands.

1 English, French, German, and Dutch: from the personal name Paul (Latin Paulus ‘small’), which has always been popular in Christendom. It was the name adopted by the Pharisee Saul of Tarsus after his conversion to Christianity on the road to Damascus in about ad 34 . He was a most energetic missionary to the Gentiles in the Roman Empire, and played a very significant role in establishing Christianity as a major world religion. The name was borne also by numerous other early saints. The American surname has absorbed cognates from other European languages, for example Greek Pavlis and its many derivatives. It is also occasionally borne by Jews; the reasons for this are not clear.2 Irish: reduced Anglicized form of Gaelic Mac Phóil ‘son of Paul’. Compare McFall .3 Catalan (Paül): habitational name from any of several places named Paül.

OUR MOTHER Our mother, Luna Ardell Hinckley Paul was born on March 18, 1868 in Salt Lake City, Utah. Just how long she stayed at Salt Lake City I do not know. She told us many stories about her …