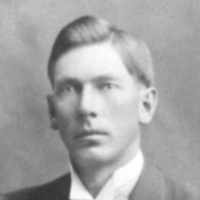 The Life Summary of Andrew Lorenzo

Put your face in a costume from Andrew Lorenzo's homelands.

Some characteristic forenames: Scandinavian Erik, Bendt, Astrid, Ejner, Holger, Kjeld, Knud, Niels, Nils, Ottar, Per. German Hans, Egon, Kurt, Otto, Wilhelm.Danish and Norwegian: patronymic from the personal name Andreas . This surname is most common in Denmark; it is also found in Germany, but it is very rare there. In North America, this surname is also an altered form of the variant Andreassen . Compare Andreason .

Information for this history has been selected form several years' daily in-depth interviews with Mother plus a few excerpts from material she has written. As each brother and sister reads this histor …