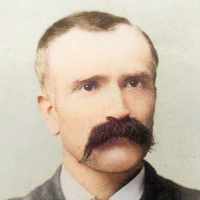 The Life Summary of Nephi Parshall

Put your face in a costume from Nephi Parshall's homelands.

Submitter’s note: The forgoing was received on DEC 10, 1995 from my Aunt Florence Heward Oviatt and was entered in this record on DEC 13, 1995. This letter is an excerpt from her personal history. …