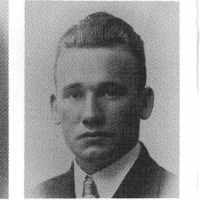 The Life Summary of Frederick Lyman

Put your face in a costume from Frederick Lyman's homelands.

I recently moved into the Brigham City 1st Ward and had the pleasure of speaking with Lewis Jones. He told me that he remembered going to visit Fred and Olive many years ago. Fred and Olive were jus …