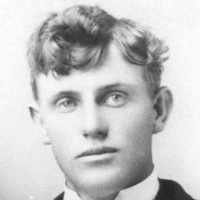 The Life of George Owen

Put your face in a costume from George Owen's homelands.

George Owen McBride, son of Thomas McBride and Lucy Lovisa Higley McBride was born June 1.4, 1876 in Grantsville, Tooele County, Utah. He grew up in Grantsville along with his four sisters. He was not …