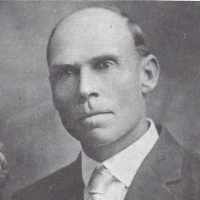 The Life Summary of Thomas Davenport

Put your face in a costume from Thomas Davenport's homelands.

The Thomas and Luella Story

Thomas Davenport Adams was the second son of Sarah Ann and Charles Adams. he was tall and good-looking. He grew up in the large, busy Adams family learning about people, and about farms, livestock, …