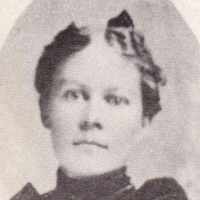 The Life Summary of Maria Luella

Put your face in a costume from Maria Luella's homelands.

Maria Luella Redd Adams – born in the small village of Harmony, Utah on 16th of June 1875. One of her childhood memories was the story of her mother’s silver thimble. She writes: “One sunny aftern …