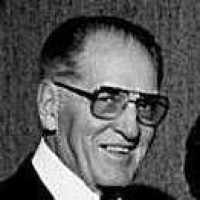 The Life of Donald Alphonzo

Put your face in a costume from Donald Alphonzo's homelands.

The first of many consumer protection laws which ban foreign and interstate traffic in mislabeled food and drugs. It requires that ingredients be placed on the label.
1911 · People's State Bank of American Fork

Milestones-Provo Daily Herald-1995 Clarke Celebrates 90th Donald A. (Dick) Clarke will celebrate his 90th birthday on March 29. He was born in 1905 in Magrath, Alberta, Canada where he attended schoo …