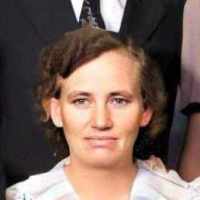 The Life of Susie Esther

Put your face in a costume from Susie Esther's homelands.

Respelling of French Amonet, which is itself a variant of Hamonet, a pet form of Hamon .

In 1941. Mother and Dad decided to move from Kelsey, Texas, to Mesa, Arizona. That decision was made because they were convinced it would be in the best interest of their children even though I and so …