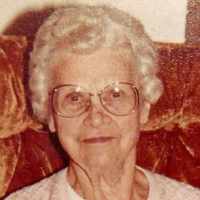 The Life of Loreen

Put your face in a costume from Loreen's homelands.

This Act set a price at which gold could be traded for paper money.
1911 · The Murray Library

English (Somerset):1. nickname for someone with a peculiarity or deformity of the foot, from Middle English fot (Old English fōt), or in some cases from the cognate Old Norse byname Fótr. 2. topographic name for someone who lived at the foot of a hill.

The Story of My Life by Loreen Foote Olsen Caldwell

I was born on August 22, 1899, at a place called Quitchumpah, a section or group of farms about four miles southwest of Emery, Emery County, Utah. My parents were Charles Land and Johannah Martine An …