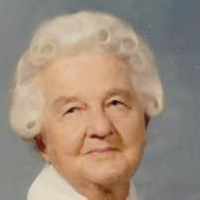 After three prior attempts to become a state, the United States Congress accepted Utah into the Union on one condition, that all forms of polygamy were to be banned. The territory agreed, and Utah became a state on January 4, 1896.
1918

1 German: topographic name for someone who lived by an elder tree, Middle High German holder, or from a house named for its sign of an elder tree. In same areas, for example Alsace, the elder tree was believed to be the protector of a house.2 Jewish (Ashkenazic): ornamental name from German Holder ‘elder tree’.3 English (chiefly western counties): occupational name for a tender of animals, from an agent derivative of Middle English hold(en) ‘to guard or keep’ (Old English h(e)aldan). It is possible that this word was also used in the wider sense of a holder of land within the feudal system. Compare Helder .

Karl and Margaret Holder were married June 6, 1883. They emigrated from Sinshiem, Badin, Germany in 1893 with four of their ten children. [They had 6 children in Germany, Katie, Caroline, Louis …