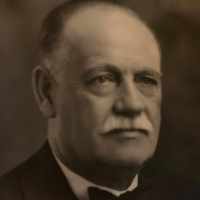 The Life Summary of Joseph Russell

Put your face in a costume from Joseph Russell's homelands.

Logan City was recognized as a city in the Territory of Utah, seven years after its founding.

Ella Shepherd was born September 5, 1886 to Lorenzo Tracey Shepherd and Sarah Elizabeth Clifton, both of English ancestry. Sarah Elizabeth was the only child of John Clifton and Ann Cook. Ann Cook w …