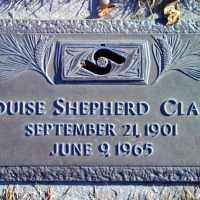 A law that funded many irrigation and agricultural projects in the western states.
1902 · Old Main (Utah State University)

The first building on the Utah State University Campus was named Old Main and is the oldest functioning academic building in Utah. It was built after the current site was approved unanimously by the Board of Trustees for the new college. Construction started in 1889 and the entire building was completed in 1902. During the Spanish Flu Epidemic in 1919, the building was used as a makeshift hospital to take care the effected residents in the surrounding area. Old Main was added to the National Register of Historic Places in 1972.
1918 · Attempting to Stop the War

English: from Middle English schepherde ‘shepherd’ (composed of words meaning ‘sheep’ + ‘herdsman’ or ‘guardian’), hence an occupational name for a shepherd. This English form of the name has absorbed cognates and equivalents from several other languages (for forms, see Hanks and Hodges 1988 ).