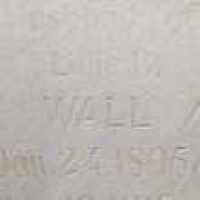 The Life of Carl Workman

Put your face in a costume from Carl Workman's homelands.

CHAPTER SEVENTY-SEVEN from the life story of Roxie Estella Jensen Duckworth Haws, daughter of James Franklin Jensen and Laura Estella Whitmill. ("One Grain of Sand" can be found on Roxie's Memories ID …