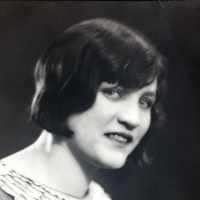 The Life of Clara Elizabeth

The Sixteenth Amendment allows Congress to collect an income tax without dividing it among the states based on population.
1915

Grandma tells of her mother

She was a remarkable person though she would not think that was so. In 1918, when she was 6 years old, her father, Joseph Morgan, died in the world-wide great flu epidemic. Many hundreds of thousands …