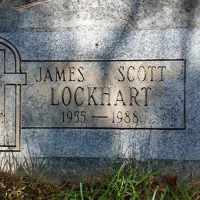 The Life of James Scott

Put your face in a costume from James Scott's homelands.

With the construction of 41,000 miles of the Interstate Highway System, the Federal Aid Highway Act made way for the largest public works project in American history at that time. One of the purposes was to provide military access to places in case of an attack.
1962 · https://www.allmusic.com/artist/the-osmonds-mn0000403184/biography

Moving to Ogden in the late 1950s, the Osmond’s started their careers by singing to many people at different venues throughout the City and as well as on Disneyland after Dark. Even though each child of the Osmond family has gone their separate ways. They still visit their childhood homes and the people that helped them learn music.
1965 · The Voting Rights Act