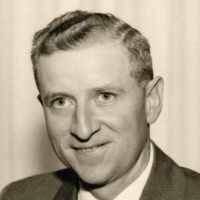 The Life of Joseph Lawrence

Put your face in a costume from Joseph Lawrence's homelands.

The American Can Company of Utah Building Complex was built downtown Ogden on 20th and Lincoln Ave. It employed over 450 people and produced millions of cans of food from crops of local farmers. It was closed in 1979 but was added as a Historic Place in 2005 to the National Register. It has also become a headquarters for Amer Sports.
1932

English and Irish: of uncertain origin; most probably an altered form of Mowbray . It is also found as Maybury, which has the form of an English habitational name. There is a place near Woking in Surrey so called; however, this is not recorded until 1885 and is probably derived from the surname. In England this surname is found mainly in the West Midlands; it has also spread into Wales. In Ireland this form is common in Ulster; MacLysaght records that it was taken there from England in the 17th century.