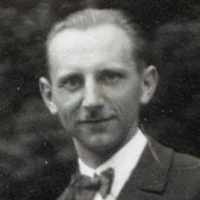 The Life of Anton

Put your face in a costume from Anton's homelands.

Built in 1902, the Utah Governor's Mansion is the official residence of the Governor of Utah and their family. The mansion was built using the finest materials by the finest craftsmen available, resulting in a quality and style like that of Eastern mansions. From 1957 to 1977, the Utah Historical Society occupied the mansion as a library, museum, and office space. In 1977, the residence underwent extensive renovations and was again reopened in 1980. In December 1993, a fire destroyed much of the mansion but, after another restoration, the historic building was restored to its original design with upgrades in case of another disaster threatened the home. It was listed on the U.S. National Register of Historic Places in 1970.
1914

Archduke Franz Ferdinand of Austria-Hungary and his wife were assassinated in Sarajevo, Bosnia-Herzegovina provoking World War I.
1923 · President Harding visits Utah to get to know the people.

March 2003 This is the promised story to accompany the picture. The date is February 1946. The place is Melanchthonstra§e. We are just passing our grade school. We are on our way home in our home tow …