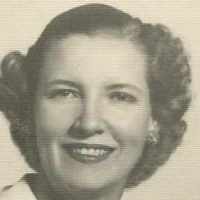 The Life of Katherine Johanna

Put your face in a costume from Katherine Johanna's homelands.

"After the Arlington Hotel burnt down in 1923, Harman and Louis Peery devised a plan to build a grand theater like the Grand Opera House but with moving pictures. It was constructed after the manner of other famous theaters that were Egyptian-themed. The first feature played there was a silent film titled, ""Wanderer of the Wasteland"" and was accompanied by the famous pipe organ named, ""The Mighty Wurlitzer"". In 1951 the theater was renovated so that more people would be able to enjoy the films shown there. The theater exists today but only as a community theater and performing arts house."
1942 · The Japanese American internment

Personal History of Katherine JoAnn Ludlow Transcribed by Maureen Ludlow who interviewed her. I was born June 6th 1920 to William deBloois and Catharina Johanna Van Schaik at or near 2852 liberty Av …