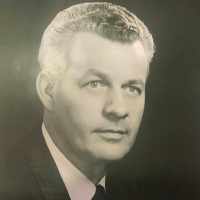 The Life of Ronald Orlo

Put your face in a costume from Ronald Orlo's homelands.

After the Ogden Canyon Resort burned down in 1927, Entrepreneur A.V. Smith bought the land and rebuilt the resort in brick. Naming it El Monte Springs, the resort featured a large swimming pool and a grand ballroom where dances were held until it shut its doors in 1932. The resort is still open but is a gift shop and restaurant under the name Rainbow Gardens.
1947 · The Presidential Succession Act

1 English: topographic name for someone living on (and farming) a hide of land, Old English hī(gi)d. This was a variable measure of land, differing from place to place and time to time, and seems from the etymology to have been originally fixed as the amount necessary to support one (extended) family (Old English hīgan, hīwan ‘household’). In some cases the surname is habitational, from any of the many minor places named with this word, as for example Hyde in Greater Manchester, Bedfordshire, and Hampshire. The surname has long been established in Ireland.2 English: variant of Ide , with inorganic initial H-. Compare Herrick .3 Jewish (American): Americanized spelling of Haid .

Ronald Orlo Hyde was born on July the 4th 1925. All of his life he has enjoyed telling people that every year the entire nation celebrates his birth with fireworks, picnics and parades. To understa …