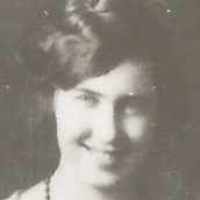 The Life of Ida Mae

Put your face in a costume from Ida Mae's homelands.

German: habitational name for someone from any of several places called Biesingen, Bisingen, or Bissingen, all in southern Germany.

My Mother - Ida Mae Biesinger Rose from a Family of Great Faith Two miracles concerning the birth of Ida Mae, known as Mae Biesinger. She was born after her father left for a mission to Germany. He …