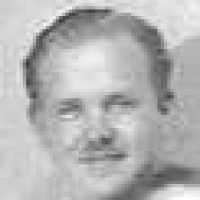 The Life of Dent Demar

Put your face in a costume from Dent Demar's homelands.

As time passed, smaller buildings became inadequate to house the local leaders and the territory legislator, so a call for a new permanent capitol building became an item of discussion. Several of people requested that Salt Lake City donate 20 acres of land for the construction of a new Capitol building, but plans were put on hold until Utah gained statehood in 1896. After the new state legislature passed the approval for the building of the Capitol, funding was secured and the search for a site was underway. One of the more popular sites considered was located on Fort Douglas property, but it was decided to construct it on the original 20 acres site now known as Capitol Hill. The Capitol has been renovated multiple times since its original construction, to better stabilize the structure to be able to withstand a 7.3 magnitude earthquake and to demonstrate the history of the state. The Capitol was added to the National Register of Historic Places in 1978.
1929

Norwegian, Danish, and northern English: habitational name from any of various places named Dalby, named with Old Norse dalr ‘valley’ + býr ‘farm’, ‘settlement’. The English surname is common in Yorkshire, where it derives mainly from Dalby in North Yorkshire, but similarly named places in Leicestershire and Lincolnshire are also possible sources. In Norway, it is common as a farm name. See also Dahlby .