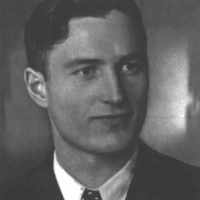 The Life of Norville Loran

Put your face in a costume from Norville Loran's homelands.

Being modeled after the Boy Scout Association in England, The Boy Scouts of America is a program for young teens to learn traits, life and social skills, and many other things to remind the public about the general act of service and kindness to others.
1911

German and Swiss German (Flückiger): habitational name for someone from a place in Bern, Switzerland, called Flückingen.

Barbara Baumgartner had ten kids. One of them, Norville, was riding a horse and tried to jump a barbed wire fence. He missed and a chunk of his flesh came out of his leg. Barbara stuck it back in with …