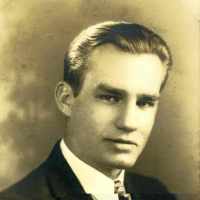 The Life Summary of George Edward

The cemetery was purchased by the city from South Cottonwood Ward in August 1917 for the amount of $3,150.

Edward Arthur Eason (as recollected by Richard Eason, a grandson) 2015

Edward Arthur Eason. I did not know him well. I never remember him being in our home in Salt Lake City and neither does Adria (another grand-daughter). I saw him several times in Long Beach, Califo …